CFE have operations in the Hake Longline Fishing Sector

CFE currently owns 11.85% in the MFV “Penkop II”, which is used to harvest its allocation together with a few smaller right holders’ allocations. 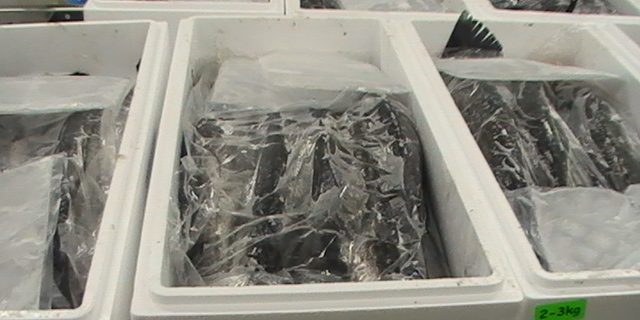 CFE historically wholly owned and managed their longline vessel the MFV “Shian Feng Chang no. 18” (SFC18). The MFV “SFC18” operated as CFE’s catching vessel in both the Hake Longline and the Large Pelagic Longline sectors. CFE operated this vessel for the period 1992-2010, where it was skippered by one of CFE’s shareholders and directors, Mr Basil Lucas who, after 50 years of working as an active fisherman, has now retired as a skipper and continues to share his valuable experiences on the Board of CFE.

Owing to the reduction of TAC’s, together with the high running costs of the vessel and a catastrophic main engine breakdown on CFE’s biggest vessel, the MFV “Exel”, which was CFE’s Hake Deep Sea Trawl Vessel, CFE was forced to sell this vessel. Because the CFE Hake Longline allocation was insufficient to warrant purchasing a vessel for its harvesting needs alone, CFE sought to join an existing vessel joint venture that attracted right holders with smaller allocations in an attempt to benefit from economies of scale. This approach was adopted by the majority of Hake Longline right holders due to the size of allocations, the erosion of the TAC and demise of the value of the European export market.

In 2018, CFE commenced talks with ICV Africa (Pty) Ltd, which facilitated investment in the MFV “Bella Da Lunar”. Negotiations with the owners of the MFV “Bella Da lunar” were in final stages when the vessel owners pulled out of the deal at the of end 2019. CFE’s intended equity interest in the vessel was scrapped.

Contact Us
Complete the form below to get in touch with us.
Go to Top